Hawk and Young met Tim on the same website where they met each other. He was a role model both in writing as well as in courtesy. His efforts spurred the writing community forward to unite under a banner of family.

We are honored to host his author interview and promote his books.

1.  How do you rank your writing compared to those you admire?

Piss poor.  I think, like a lot of writers, I swing back and forth between being terribly pleased with myself, amused even, and being painfully self critical.  On a good day, an objective one, I see enough promise in what I do to keep going but with an eye towards those things I could do better, or more like that other guy.  For instance, I’ve been trying to emulate John Scalzi and his ability to weave and wrap a story around so little elements slip by then show up later as really important.

2.  How long do you have to write for each session before you get “in the groove”?

I spend a lot of time stuck in my own head, just imagining stories, situations, descriptions, and what I want to eat for lunch.  That last one doesn’t wind up being as helpful.  After all the commuting, ignoring boring people, waiting in line, and work meetings by the time I sit down to write it’s like an eruption of literary diarrhea that my fingers can barely keep up with.
Perhaps that last bit is unintentionally indicative of how I should have answered the first question.

3.  Where does your inspiration come from?

Dreams.  Sometimes literally, with an image or idea coming directly from a dream, which sticks in my head, makes a home, and grows into a full narrative.  Other times it’s more a matter of daydreams that persist and evolve into something I have to write down.

4.  When was that moment when you realized that language had power?

I spent some time as a missionary.  Despite my subsequent fall from grace, I was always struck with how religious texts could inspire changes.  Not just changes from how you identify on census forms or which building you go to on Sunday (or Saturday, l’chaim), but changes in how you view the world and how you approach life. Usually it was for the better.  Religious writing is definitely a different creature, but it showed me how instilling an idea had far more power to influence behavior than anything else.

5.  If you could sit down with one writer from any period who would it be?

Ray Bradbury.  He wrote a lot and with such vast imagination.  His was some of the earliest science fiction I read with The Martian Chronicles.  They stuck with me, made me think about that reality, made me want to be in that reality.  I think the sitting down with him though would be more about Dandelion Wine, a book I’ve read a few times and always connected with its view or depiction of childhood.

6.  If the universal super being came down right now and said, “I give you two choices. 1.I will give you 100 million dollars for your work, but no one will ever be able to read a word you write, or 2. You can never ever benefit even one dollar ever off of your work, but 100 million people will read every book you ever write. Which one do you pick?

Do I have the option to use the money to bribe people to read my books?  With the way things are going, I think I’d be happier with the second option, having people actually read what I write.  The fame and money and glory would be nice, but at the end of the day, as an author, I want to be read and to, more importantly, elicit a reaction.  I want to make you laugh.  I want to make you think.  I want to make you cry… but without inflicting pain or mocking you.

7.  When did you know that writing was what you were going to make your life’s work? Or is it?

I have no idea what I’m doing or what my life’s work will be or is.  I’ve always been scattered and distract-able, so this isn’t much of a surprise.  I love writing and those precious few golden moments when another person read what I wrote and seemed to enjoy it or at least get what I was going for.  On the other hand, I really like my day job and get a sense of fulfillment and satisfaction out of helping people in that way.  As a dad, my kids are plenty of work, and sometimes they tolerate my presence enough that I feel like I’m doing something there. 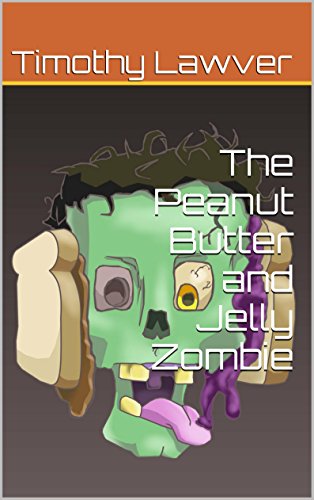 The Peanut Butter and Jelly Zombie

Curly’s cause of the week goes terribly awry as he accompanies a daring damsel as she makes a bold statement within the walls of a zombie quarantine zone. Zombies, considered half people with fewer than half their rights, cannot speak for themselves. The Greninger Society seeks to speak for them. In the process, they lose their leader, and Curly begins his life, or un-life, as a zombie.

Also, he eats a lot of peanut butter and jelly sandwiches. 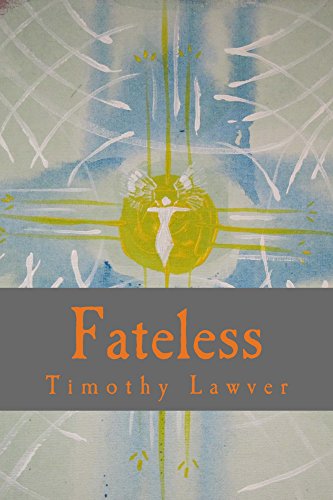 When a man chooses to not complete his dark fate he finds himself lost between two destinations. He must wander the world, unseen and unheard. Hell is too disappointed to welcome him. Heaven is reluctant to allow such a potential agent of evil entrance.

He is between. He is lost. He is fateless.

Timothy Lawver was born in Southern California but didn’t stay long. His father’s Air Force career took the family through Europe, the American South, and finally the Southwest. By age five, he was a world traveler. By age fifteen, he was an honorary redneck. By age 25, he was wishing he was five again because adulting is hard.

For a time he was Captain Lawver, then Major Lawver, serving in the Air Force, including some exciting and heavily armed world travel. Now Doctor Lawver is a semi-respected psychiatrist, back in California. He lives in a quiet but ridiculously overpriced suburban home with wife number 2, Kids 1 and 2, and dog number 1.