We had the pleasure of interviewing a humble, newly self-published author, Michael J. Santana.

How do you rank your writing compared to those you admire?

How long do you have to write for each session before you get “in the groove?

If I’m inspired, almost instantly! Hours can fly by when I’m in a solid groove – when I’m not, maybe an hour if I’m lucky.

Where does your inspiration come from?

My inspiration comes from everywhere to be fair. Music is a major one or a random things I see and heard during the day with friends and family.

When I was little, I sat in one of my mom’s college classes back when she was still a student. I was exposed to Locke, Edgar Allan Poe, Shakespeare, before the age of 8 and I learned how beautiful and dark the world can be.

I would hang out with Bill finger the real creator of Batman. His story is so interesting.

I realized that when I was like 25 years old. I have been writing stories with my brothers for years and I sat down one day and an idea appeared in my head. It was a book idea and from that point on I wanted to be a writer. So when I finished my first book last year I nearly cried. I was able to publish and write a book I honestly didn’t think it would happen. But with encouragement from my girlfriend and my friends and family I finished it. 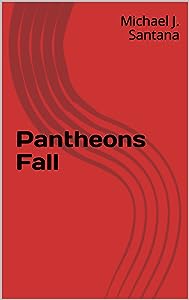 Look him up on Twitter @pantheonfall Help him get new followers! 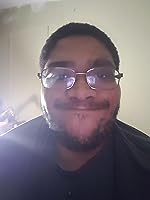 Michael Santana, 28 years old – I started writing when I was in high school with my twin brother and my two best friends whom are like brothers to me. But back then it was mostly fan fiction, especially since I’m a huge nerd. I always love action/adventure stories growing up, but as I grew older I began to get interested in scary movies and supernatural stuff and mythology has always been cool. So one evening after skyping my girlfriend, an idea popped in my head. It wasn’t a normal random thought it was a fleshed out idea. That was five months ago and now I have my first published book with more coming in the future.