Sometimes life can get a little dark and we respect that over here.

How do you rank your writing compared to those you admire?

I feel like I haven’t reached their skill level yet, but I am bound and determined to do it. Reading their books is not only entertainment for me, but a study.

Where does your inspiration come from?

My inspiration comes from all over the place: people, music, images, nature, good books, weird news–everything that I come in contact with. I’ve heard people say that my eyes are constantly darting all over the place.

I don’t think I’ve ever had a “wow” moment. It was more like a “disgust” moment. I’ve always been around people who had a different language, and they loved to spread rumors about me and backstab me with their language, knowing that I couldn’t fight back if they didn’t speak English.

There are several I would like to sit down with, but I’d probably pick Edgar Rice Burroughs. He’s the one who taught me to end my chapters on cliff hangers, and I adore his writing, even though it’s too flowery for this day and age. Plus, he loved Apaches, which was rare, and is still rare today.

I might pick number two. I’ve found that watching people’s emotions as they read my things gives me a priceless thrill. If I wanted to make millions, I’d be doing something else while pretending to be a writer.

I decided back in the third grade. My teacher said we were going to make a book, and something stirred inside me. And then I got sick that day. My mom said that we would make a book together, a real one. When I went back to school, I found out that the book the class made was a bunch of paper folded inside a gray-blue piece of construction paper. I was turned off, and so latched onto what my mom had said. And now what she said we would do has come true. It’s one of the main reasons that my book “Pariahs” is dedicated to her.

I just want more readers and more publications. I don’t know what else could be better. Maybe gaining a reputation of my own, meaning nobody thinks I’m trying to be a Tolkien copycat. Getting an award could be nice, I guess, but I’ve seen stories that get awards and I’m still wondering why they got them. I really don’t want to write something like that just to get an award. 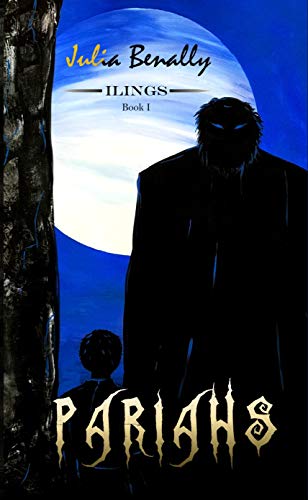 In a land of monsters and soulless creatures, there is a secluded compound terrorized by a fallen demon-killer, the Grand Apwor. He’s claimed its youngest occupant Vijeren as his son. The Grand Apwor can’t be killed, he can’t be escaped, and his punishments are severe and horrific. Somehow, he knows where Vijeren is at all times. When a law enforcer named Zhin appears like a living flame, a family war that’s been sizzling for decades finally ignites. It drags Vijeren in, revealing secrets of a long-forgotten past and a family torn asunder in recesses of lost memories. Only Zhin knows how to kill the Grand Apwor, but the answer rests on the love between a father and son–something that Vijeren doesn’t have… 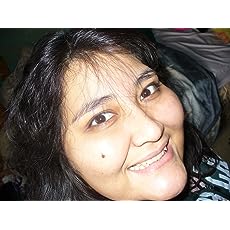 Born to the Bear Clan of the White Mountain Apache Tribe, Julia enjoys writing stories, mostly horror, about her area but every once in a while she delves into romance, and she loves fantasy.

When not writing, she loves dancing, playing the piano, and killing zombies.