1. When was that moment when you realized that language had power?

The first time I repeated a naughty word I heard in school in front of my mom. (Ha ha.) Probably reading an Oscar the Grouch book called ‘How To Be A Grouch’, which taught me it’s okay to be weird. 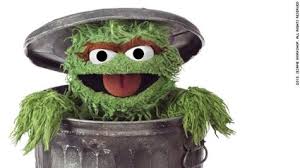 2. If you could sit down with one writer from any period who would it be?

Bruce Coville. My Teacher is an Alien was the first sci-fi I ever read and it was a big influence.

3. If the universal super being came down right now and said, “I give you two choices. 1 – I will give you 100 million dollars for your work, but no one will ever be able to read a word you write, or 2 – You can never ever benefit even one dollar ever off of your work, but 100 million people will read every book you ever write. Which one do you pick?

I would take the money because I could live off of it without working and find a new creative outlet.

4. When did you know that writing was what you were going to make your life’s work? Or is it?

I was an adult before I decided I wanted to go gung-ho with writing as far as getting published. Before, it was just a hobby.

5. What accomplishments do you want at the end of the year?

I want to finish the third book in The Inter-Terrestrial trilogy, which I am working on now. I might be able to finish The Tattler book three by December as well. I’m not sure.

6. How long do you have to write for each session before you get “in the groove?”

I feel like I’m in the groove most times when I read the end of wherever I left off. “Okay, this is where I am! Go!”

I do read reviews and I don’t get too upset at bad ones unless they say something mean or ignorant. I got a three star review once where the lady started off by saying that she doesn’t read sci-fi. “Well, why are you reviewing this book? You don’t know the genre. Can I have my two stars back?”

An alien scientist struggles to return to Earth for a reunion with his half-human son, who possesses the key to true unity in the solar system.

Amazon link to The Inter-Terrestrial

Chad Descoteaux is a science fiction writer from Rhode Island who harbors delusions that he can rap. He has Aspergers and is married.