We’ve had the pleasure of interviewing Ruthanne Reid about her book THE SUNDERED (and look for her upcoming epic fantasy, BELOVED, NOTTE in December.)

Currently a resident of Long Island City and a loving mom to one current cat and numerous future ones, Ruthanne is happily married to a fellow geek who loves good stories and great games as much as she does. Between the two of them, they own a lot of things that need to be plugged in.

1. Elsha has started novels based on a picture and every scene Young writes is based on a song. How do other mediums of art influence your work?

Music, all the way. I have playlists for characters, for scenes, and for locations, and when I start them up, I lose myself in that writing moment.

“In a hole in the ground there lived a hobbit. Not a nasty, dirty, wet hole, filled with the ends of worms and an oozy smell, nor yet a dry, bare, sandy hole with nothing in it to sit down on or to eat: it was a hobbit-hole, and that means comfort.” I can type that from memory because it struck me. I devoured everything Tolkien wrote, even having my grandmother ship books to me from her library because I lived in the woods and had no access. 🙂

Either Shakespeare because who the heck was he, or Neil Gaiman because I love the way his brain works.

Two, WITHOUT question. I write because stories saved my life – from bullying, from abuse, from sorrow. They gave me hope and joy and escape, and that’s what I want to give to my readers: escape.

5. How long did it take to write this book?

On average, my books take about a year, but this WIP has taken ten. It’s an idea I’ve overthought and overworked it until it existed in about twenty different manuscripts, all of them jumbled. I finally decided I needed to write this for me as opposed to some imagined audience, and now it’s coming together (at last!).

6.Without divulging too much, what do you hope to convey with your work? IS there are message you would like your readers to know?

7. What accomplishments do you want at the end of the year?

This book done and the next started; my mailing list at least doubled; my health improved. Simple but achievable!

The world I know is flooded. You don’t go in the water. You don’t touch it. If you do, it will get you, drag you down, and you’re gone.

Harry Iskinder knows the rules. Don’t touch the water, or it will pull you under. Conserve food, because there’s no arable land. Use Sundered slaves gently, or they die too quickly to be worthwhile.

The Sundered create food. The Sundered create shelter. They’re also dying out. In a world lost to deadly flood, Harry searches for the mythical cure, the Hope of Humanity – but the Hope isn’t what he thinks, and neither are the slavish Sundered Ones. When he claims the magnificent and powerful Sundered named Aakesh, Harry quickly finds himself in deep and dangerous water. 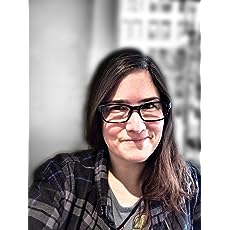 Ruthanne Reid is one of those pesky fanfiction authors who made good, and thus eschews most labels. Except for being a Generation X-er (or maybe Xennial, according to some guy’s webpage), a musician who loves music but also carries a ton of baggage about it, a self-taught graphic artist who designs her own covers, a spoonie who wrestles Fibromyalgia not unlike yon Hercules and the Nemean lion, a Christian who hesitates to use the word because too many of them are crazy but Jesus is pretty great, a rabid shipper who’s too smart to lay out precisely which ships because of the wars, and an avid reader when she isn’t busy caretaking for some pretty ill folks.

Story-herder, plot-bunny curator, and weird humor connoisseur, Ruthanne is a woman of mystery because most of her hobbies are done in the dark.

She’s ventured out to teach classes on world-building and writer-voice, and she’s taken some nifty pictures, which she posts on Instagram when no one is looking. She also has a popular Twitter feed where anything can happen.

Also, she wrangles Gorishfish, which is a full-time job.

Here is her Amazon link: Amazon