While we share a lot of SpaceX news and like a good rocket launch, a deeper look into the figure of Elon Musk leaves a bitter taste in our mouths.

He seems to be too ambitious for his own good, not thinking that his actions have any consequences, or that he holds a billion get-out-of-jail-free cards. He has 5 sons to think about, his shareholders, yet takes praise and criticism from anyone anywhere instead of being selective and impulsively reacts to it.

But like Tony Stark, he puts himself into his work and refuses to emerge from his cave and see the whole picture until his reputation is in danger along with the world.

2018 was a rough year for the Entrepreneur.

July 4 he offers to help with the Cave Rescue of a soccer team of 12-year-olds. Source

July 6 he sends a team of engineers

July 10 the team is rescued without his sub

July 11 he is challenged to bring is technology home and help Flint. Michigan with their water

July 15 his temper flares and he calls a rescuer a pedophile.

He then wins his libel case against the man.

September 2018 he ruins his reputation by taking a small puff of cannabis while on air. source

In May he launched the mini-satellites sparking controversy over the ability to see stars. source

August 7 he said he wanted to take Tesla private and was sued in September. source

As of mid-February 2020, the plant, now called Gigafactory2, still needed to hire 360 people to meet its employment quota of 1460 by April 30, or face a “pay a $41.2 million penalty to the state for each year it falls short,” according to the Albany Business Review.

And to prove that Elon has not learned a THING

March 6: “the coronavirus panic is dumb,” Musk tweeted to his 32 million followers.

March 16: “maybe worth considering chloroquine for C19,” he tweeted. (In some cases, this treatment has produced frightening side effects, and a small study testing it as a cure was halted due to risk of fatal heart complications.)

March 16: Musk’s Tesla defied a California shelter-in-place order and kept its Silicon Valley factory open, with workers saying it was “business as usual.” Several Tesla workers have since tested positive for COVID-19. Alameda County, Calif., officials said on March 18 that the factory had reduced its workforce – but that 2,500 would still report to the factory.

March 17: According to the BBC, Musk proclaimed that “Kids are essentially immune” to the virus. This is demonstrably false: In an early April report the CDC confirmed coronavirus contagion in children in all 50 states.

March 18 and 19: Musk says Tesla will make ventilators, talks to Bill de Blasio about it; Tesla finally says it will suspend production

In a tweet on March 25, he said he thinks the US may have already passed the “inflection point” in terms of cases, excluding New York.

March 28: “Many doctors are not treating patients due to fear of giving or receiving C19,” he claimed.

March 31: Musk tweeted that he was rushing to the rescue! “We have extra FDA approved ventilators. Will ship to hospitals worldwide within Tesla delivery regions. Device & shipping costs are free. Only requirement is that the vents are needed immediately for patients, not stored in [a] warehouse.” Turns, out, what he actually sent was five-year-old BiPAP sleep apnea machines that can’t be used to treat coronavirus victims in the ICU.

April 5: He retweets “engineering update on the Tesla ventilator” from Tesla — is Musk now making his own medical equipment?

Some hospitals were able to ‘MacGuyver’ the units from China to meet their needs. Source

So far, Musk has yet to send his prototype he put out in this video.

We will be keeping an eye on him, but he feels like the character Tony Stark come to life.  He needs someone to organize him, to be really smart and into his work, to guide him to make good public appearances, and to read his Tweets before he hits send. He really needs a Pepper Pots – desperately! 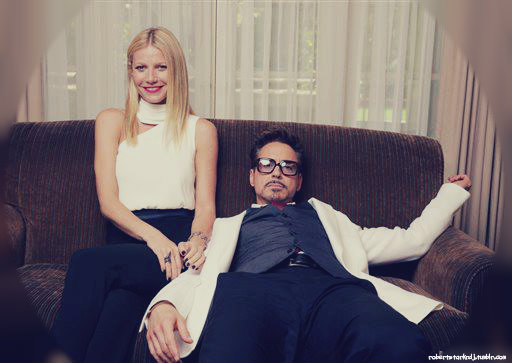