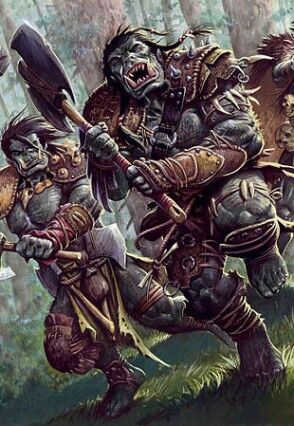 No, not those orcs…

In astronomy, an Odd radio circle (ORC) is a very large unexplained astronomical object that, at radio wavelengths, is highly circular and brighter along its edges, but invisible to infrared, x-ray, and visible light. As of 26 June 2020, there have been four such objects (and possibly six more) observed.

“We have discovered, to the best of our knowledge, a new class of radio-astronomical object, consisting of a circular disc, which in some cases is limb-brightened, and sometimes contains a galaxy at its centre,” says Western Sydney University astrophysicist Ray Norris.

Astronomers speculate that the objects could be shockwaves leftover from some extra-galactic event or possibly activity from a radio galaxy.

“It may also be that these are an extension of a previously known class of objects that we haven’t been able to explore,” says Kristine Spekkens, astronomer at the Royal Military College of Canada and Queen’s University, who was not involved with the new study.

Astronomers spotted three of the objects by using the Australian Square Kilometre Array Pathfinder (ASKAP) telescope, a network of radio antennae that covers four square kilometers of the Australian Mid West. ASKAP has been scanning the sky in the radio spectrum to create an Evolutionary Map of the Universe (EMU) that could help scientists better understand the development of stars and galaxies. The fourth was labeled retroactively with an examination of data from all the way back in 2013 by India’s Giant Metrewave Radio Telescope, though nobody had made note of it at the time.

Two of the ORCs have galaxies at their center that can be seen at visible wavelengths, suggesting that these objects might have been formed by those galaxies. Two ORCs also appear to be very close together, meaning their origins could be linked. By combining an ability to see faint radio objects with a wide gaze, the survey is uniquely positioned to find new objects.

“We also acknowledge the possibility that the ORCs may represent more than one phenomenon,” Norris says, that they are discovered together doesn’t mean they occurred or were birthed at the same time.

Within the next decade or so, ASKAP will join the Square Kilometre Array, a massive intercontinental observatory currently in construction, which will be by far the most sensitive radio instrument on Earth once it’s operational. The discovery of the ORCs is fascinating by itself, but it also foreshadows a new era of astronomy that is already sharpening our view of space.