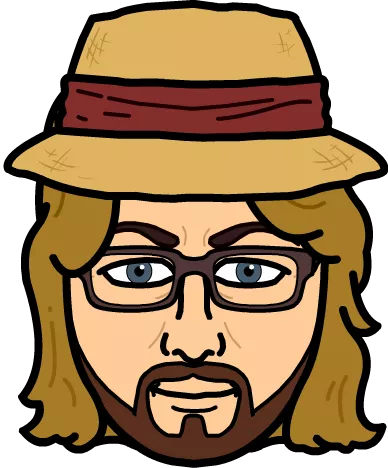 Norb is a poet from Courtland, NY with a very positive “go get ’em” attitude about life. In fact, he has a brand hashtag #NorbAF. Here’s what it means:

“It’s about personal empowerment. It’s taken me a long, long time to settle into who I am and be comfortable with it. All I can do is be me, and I’m gonna be me hard, as much and as often as I physically and mentally can. I’m not interested in anything else for myself; it’s my personality. I’m not just the guy you see walking down the street, or waiting in line at the grocery store, or the poet tweeting randomness. It’s my individuality, just like we’re all someone in our own ways. This time a year ago, I was just an online presence as a writer at Writing.com, with some successes under my belt. Now, there’s #NorbAF, and it’s fun for {me} and for anyone who wants in with the freedom to celebrate who they are.”

1. Where does your inspiration come from?

My inspiration comes from the everyday pockets of life, from the biggest issues impacting our society all the way down to an odd, mundane detail that catches my eye when I’m out walking around and a line or two starts forming in my head. If it sticks with me long enough and I’ve got more ideas to put around it, I’ll know then that it’s a keeper.

That probably goes back around 20, maybe 25, years ago when I started writing more often and paying more attention to what I was writing. Having the confidence in the work to show a few of my closest friends, and judging their reactions… how their demeanor may shift, or what emotions it provokes. That’s the telltale sign that your words mean something to people other than yourself.

Oh man… probably Richard Brautigan. A coworker turned me on to him and once I started to plow through his work I was just blown away by how simple and yet profound it was. He’s a master at turning the ordinary on its head and wearing it around for chapters. “In Watermelon Sugar” should be required reading in high school.

Wikipedia page of In Watermelon Sugar

There are times, more so when I was younger, that I might’ve taken that 100 million. When you have a very limited audience it’s very easy to say “I only write for myself anyway.” But there’s nothing like the feeling of someone halfway across the world connecting with something you’ve written. You can’t put a price on that. Having an audience and a place where they can discuss your work among themselves as you listen and interject when necessary, that in itself is a very rewarding feeling.

5. When did you know that writing was what you were going to make your life’s work? Or is it?

I wouldn’t call writing my life’s work. It was a hobby I used to kill time and sort of act as my own therapist. The type of calling that never went away I guess. People can deteriorate physically to the point they can’t do certain things, but the mind generally holds out a little longer, making writing something that can sustain itself over a long period of time. And now that I have more time to do it, it’s occurred to me that some aspects of it can almost seem like a full-time job. That’s what it felt like when we were in the pre-production stages of my first book… because I didn’t know much about how the process worked, I spent a lot of time worrying about things I shouldn’t have, and less time paying attention to the things I really needed to. I’ll know better for next time not to make the same mistakes again.

6. What accomplishments do you want at the end of the year?

I tend not to think about accomplishments, and I’m not a really great goal-setter. Besides, the accomplishments that have meant the most to me are ones I’ve already achieved. But if you want an answer, first I’d like to see Eliezer Tristan Publishing (the publisher I work with) become more successful. Then I’ll focus on me, because I’d like to figure out how to break into the scenes where I live in Cortland, NY, and also my hometown of Buffalo, NY. Outside of book and merch sales from friends in the area, I’ve struggled to connect with local media in both markets… I’d love to change that. And I’d love to finish my work-in-progress, while tying a bow on the follow-up to 100 (which is already finished in draft form… it just needs the manuscript wash and blow-dry).

I did at first, out of curiosity. The Amazon reviews have all been positive, but I keep forgetting to check the Barnes & Noble reviews. Sometimes (with bad reviews), you just have to sit with it for a minute, realize you can’t change people’s minds, and move on. When I post individual poems at Writing.com (where I’ve been a longtime member), I take reviews both good and bad with a grain of salt. You have to consider the source and what they’re getting at, and that goes for both good and bad. Two people can look at the same poem and see them from very different angles. If a poor review is constructed in a positive, meaningful way that is meant to help, I tend to appreciate that. But if someone just completely misses the point – and it happens far more often that you’d think- and tries to rewrite my thoughts instead of the poem itself, I try to limit myself to one rebuttal while being as pleasant as I can. I’m not gonna get into flame wars with someone who “doesn’t get” poetry and is just playing keyboard warrior. As for the good ones, they’re of course appreciated and such, but the in-depth ones really tell me the person understands and knows what they’re talking about. That’s way more meaningful than “I like it! It’s really, really good!”

After a tumultuous couple of years, I realized I needed to make some changes. I hadn’t written much of anything that felt fresh, new, or exciting…and with the help and encouragement of a few online friends, I slowly jumped back in with a “Give It 100”-type of project.

What advice would you give to writers who want to publish a book but are scared to get their work out there?”

“It’s so cliché and so easy to overlook, but just fucking do it. Take that leap. You only live once. You’re eventually gonna die anyway. Telling people- everyone you know, and then some- you’re a published author, far outweighs the few people who may come out and deride your efforts or talk smack about you for it.”

Buy it direct from publisher

(check out Eliezer Tristan Publishing who welcome any writer who is passionate about mental health and survival, regardless of whether they are currently published authors or not.)

We love how Norb shares the love by talking about his publishers and other websites and especially his message to be yourself as hard as you can!

One thought on “Interview of Norb Aikin”