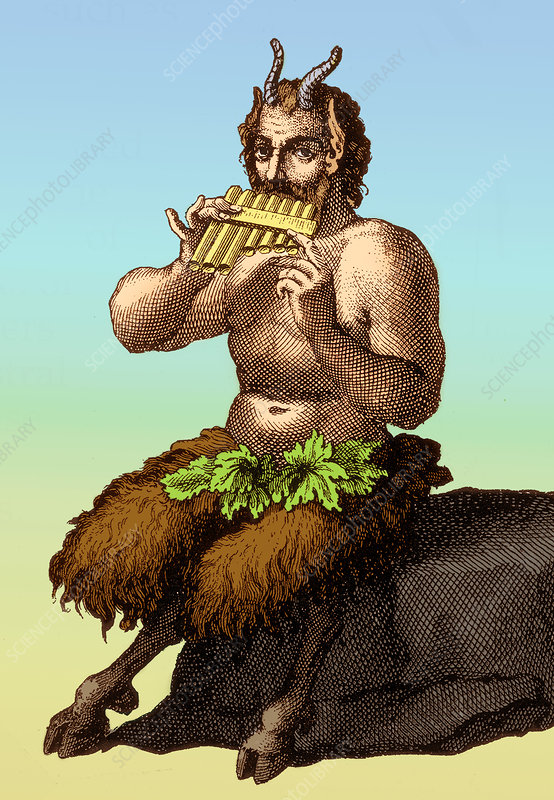 During the Middle Ages, Orthodox Christians used the cave either for spiritual retreats or because they were religiously persecuted. So many went there, the place was renamed ‘Σπήλαιο των Αμώμων’ (‘Cave of the Immaculate’), and two adjacent Byzantine chapels of St. Spyridon and St. Nicholas were built directly into the cave’s entrance. 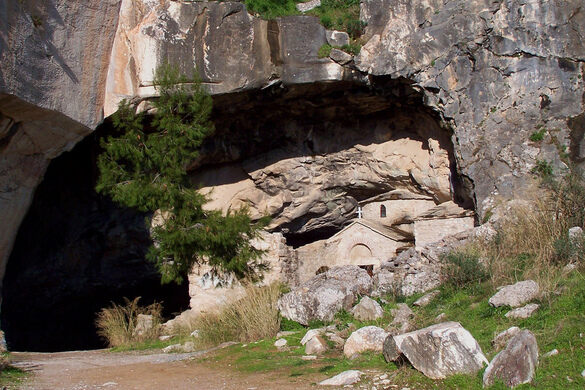 In the 19th Century, notorious brigand Christos Natsios, aka Davelis, allegedly squatted in the cave with his gang. There’s even a legend that the brigand, who had a fling with the French duchess Placentia, discovered tunnels zigzagging through the cave’s guts and terminating at his lover’s mansion in the village of Pendeli in Athens’ northern suburbs. 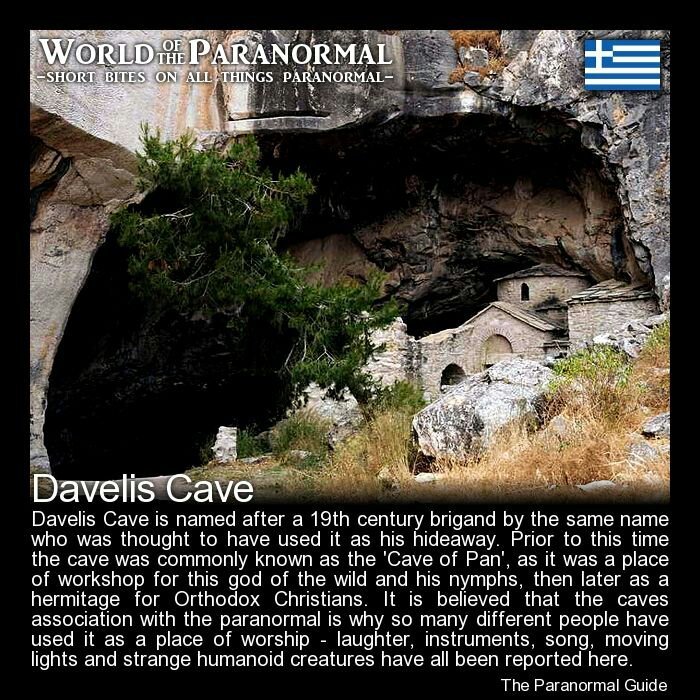 Davelis Cave was the site of military experiments in the late 1970s and ‘80s. On October 6, 1977, Greek magazine Tahidromos published an article claiming that the Greek military had sealed off the cave to public and begun confidential operations inside. In 1982, Giorgos Balanos, a well-known Greek author of paranormal and science fiction, wrote of underground tunnels, nuclear weapons and mind-control projects in his book, “The Enigma of Penteli”.

In 2015, Dimitrios Makridopoulos packed up a ‘spirit box’ (a device said to enable communication with spirits through the use of radio frequency) and an infrared camera, and entered the cave. His spirit box captured what sounded like a choir of angelic children’s voices chanting in ancient Greek. He is also adamant his infrared camera recorded ghostly apparitions near the cave’s center, and a tiny, pitch-black creature lurking at the entrance. 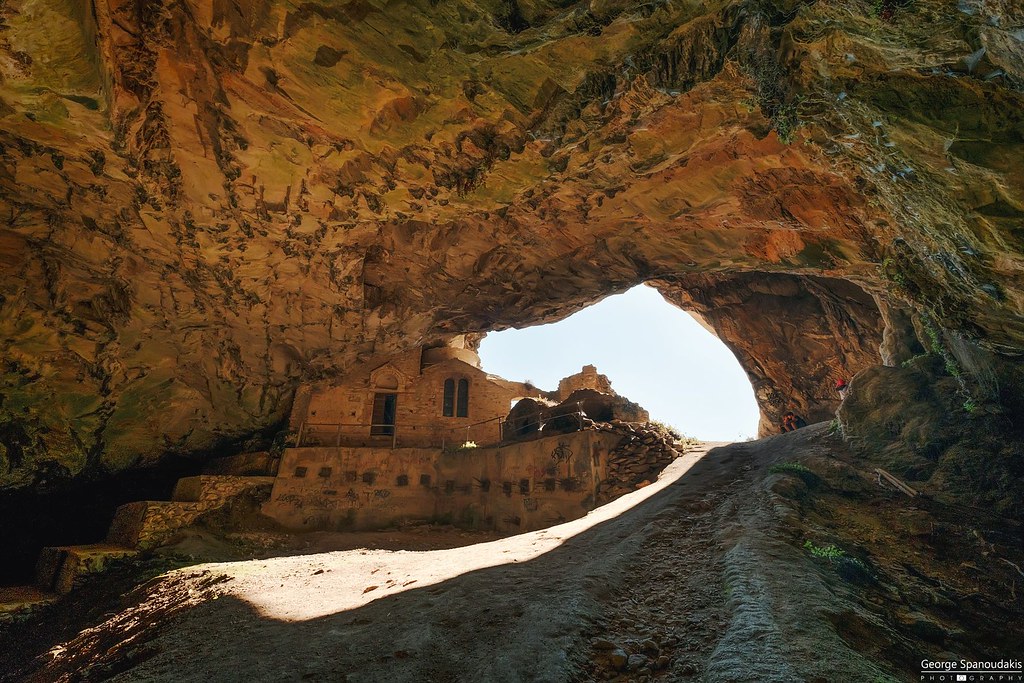 But what about the science?

Scientists have found slate enriched with graphite between the layers of the Pentelic marble, which makes the mountain a good conductor of electromagnetic waves. Marble is a metamorphic rock that forms when limestone is subjected to extreme heat and pressure. This white marble was used to make the famous temples and the Acropolis.

Additionally, the Pentelic marble itself possesses certain scientific properties that lead it to give electric charge under high-pressure conditions, which, for Makridopoulos and others, might explain some of the bizarre electromagnetic phenomena observed there, such as the dizziness and disorientation some visitors feel.

The concreted tunnels were dangerous and had to be closed, claimed the scientist, dismissing conspiracy theories about nuclear weapons and other military experiments.

What do you think? Do you think centuries of supernatural energy has built up in the cave from its many uses, or do you think the Earth has deposited and pressured layers of metamorphic rock in the right combinations to make an electromagnetic phenomena?