From as early as seven years old I realized how powerful language was.
I remember my dad exclaiming “Great! Just great!” after the light went
out in our apartment. I said, “Dad, that’s not great.” He replied
“That’s called sarcasm.” He then took the time to explain what the
concept meant.

John Irving. My favorite book is “A Prayer For Owen Meany”. I’ve always
felt weird like Owen. Also, John Irving creates incredibly rich worlds
that I love to absorb myself in when I read his books. His characters
have idiosyncrasies that are fun. 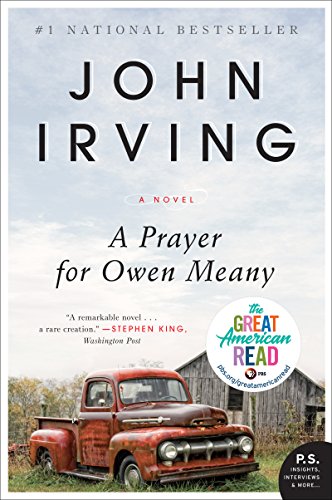 If the universal super being came down right now and said, “I give you two choices. One – I will give you 100 million dollars for your work, but no one will ever be able to read a word you write, or Two – You can never ever benefit even one dollar ever off of your work, but 100 million people will read every book you ever write. Which one do you pick?

I would have 100 million people read my book but make no money. I’m an attention whore and like compliments.

You wrote this book with your son, but do any other mediums
influence your writing? Music, art, etc.?

I sing every chance I get. I’m a dramatic person by nature. I went to
the FAME high school in New York City where I majored in drama.
Theater has gotten me through some rough times.

I want eat many more Entenmann’s Chocolate frosted donuts, and visit
the factory where they make them on Long Island.
I want to get kids who feel different to read The Nobody. I want to
read The Nobody in classrooms. I want to fight against anti-bullying.
And I want to find my son a school where he feels like he can be
himself.

How long did it take to write this book?

We wrote the book in one day. We recorded it on a voice memo on my
phone and my amazing assistant, Sparklle, transcribed it. Then we sent
the files to Shari Ryan who is illustrating it right now!

Your book has a message. Without divulging too much, what do you hope to convey with your work?

The message of The Nobody is that everyone feels misunderstood at one
point or another. If we talk about these feelings we might feel less
alone.

The Nobody is a hardcover children’s book about feeling different. The Nobody lives in a cave with his dog Nobody. They’re waiting for someone to see them and understand who they are. One day, everything changes, and they wonder if they’re nobodies after all. If you’ve ever felt different or misunderstood, this book is for you! If you have a child who feels left out, bullied, or invisible, The Nobody is a great book to read to them.

It’s hard to feel different. That’s the story behind The Nobody, a new children’s book that will be released from Eliezer Tristan Publishing by me, Sarah Fader. As a child and teenager, I always felt different. I was in my own world but I tried to fit in with everyone else. Now, my son faces the same struggles. He and I sat on the couch, and I said “let’s tell a story together.” I said “once upon a time there was a…” “nobody.” he said. “And the nobody had a dog who was named…” “nobody.” The story went on to tell a tale of a lonely figure who eventually met a somebody who saw him and his dog. And now that story is going to be a book!

THE NOBODY LAUNCHES TODAY, APRIL 3RD!